The Pittsburgh Ballet Theatre sits along a transient zone of Pittsburgh’s historic Strip District. Cars, trucks, and buses whiz by at upwards of 40 miles an hour, despite the speed limit. When the Ballet moved into the former neon factory, the region’s industrial economy was in its final hour. While steel mills and associated industries were shutting their doors at alarming rates, this stretch of The Strip was still home to dozens of factories and warehouses. The original design of the Ballet’s studios has a definitively inward focus. Perhaps it was accidental, perhaps it was to shield itself from the grit and noise of the busy arterial. In any case, the Ballet conducted classes and professional practices in this bunker for thirty years. 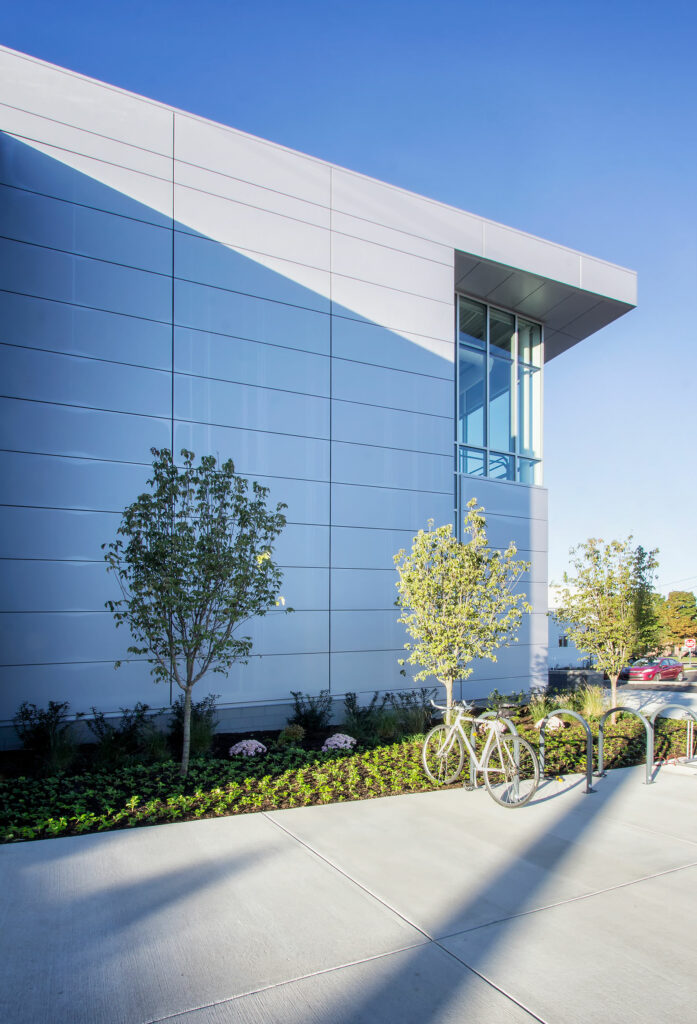 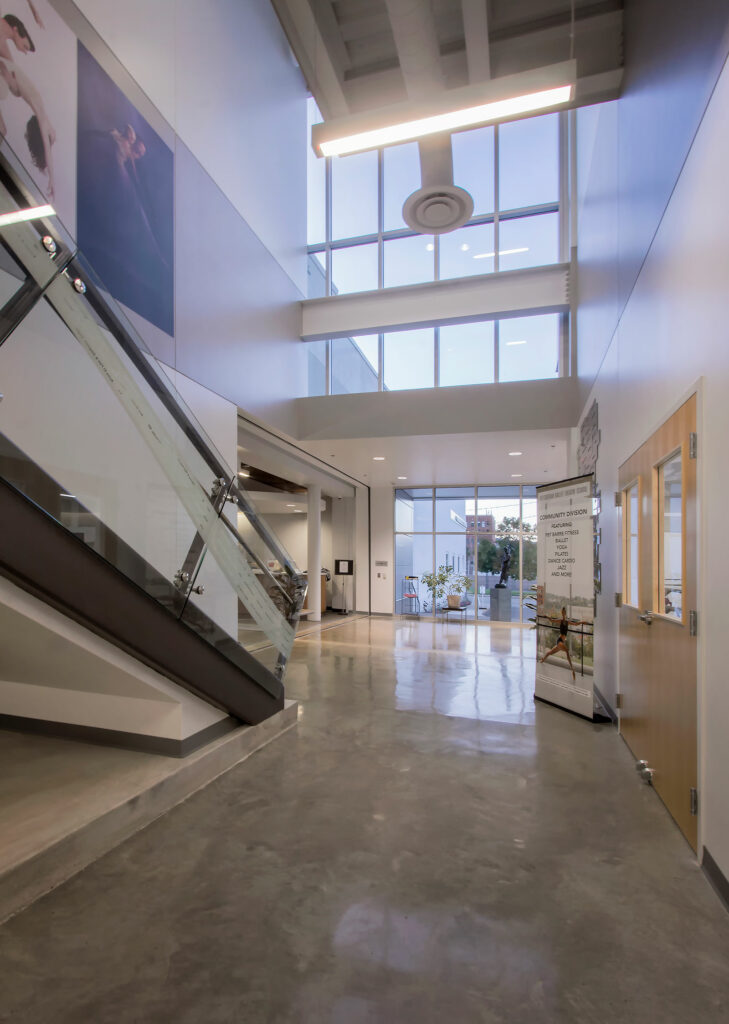 Where many performing arts companies around the country have struggled to keep the doors open, Pittsburgh Ballet Theatre has found a way to succeed. It started with elevating the quality of its professional company performances. After that, they set their sights on growing the educational program which includes not only children and young adults, but also adults who want to learn ballet. The facility had to grow to support their mission of performance, training, and community engagement. 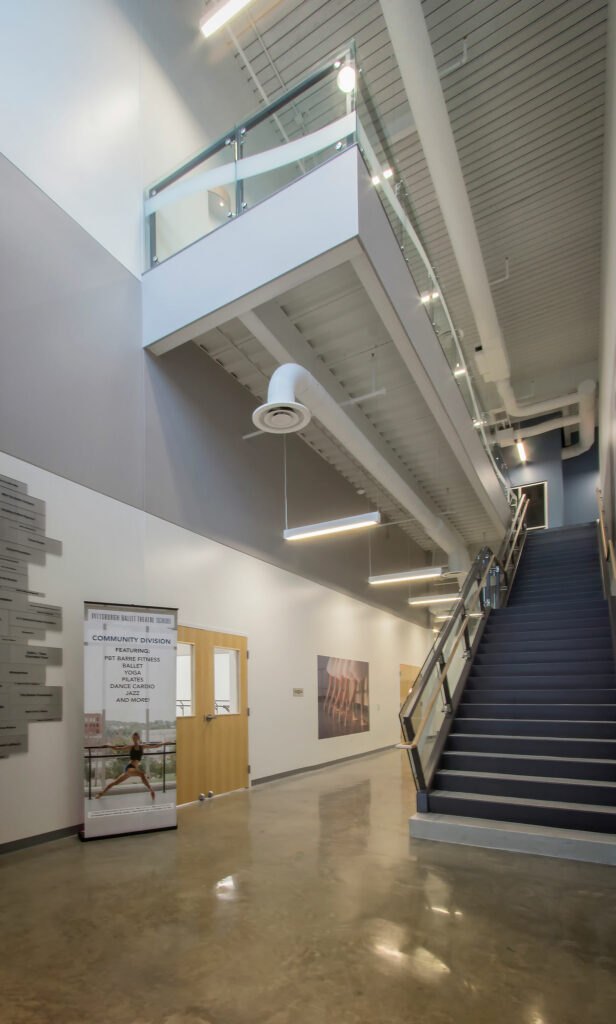 Fast forward to 2012, the character of the Strip District, like much of inner city Pittsburgh, continues to evolve. Many of the industrial buildings have been converted. Buildings on the surrounding blocks have new lives. It was time for the Ballet to come out of its shell.

The annex had functional requirements, such as dance studios reaching the volume of the Benedum stage and a new fitness space open to the public. Equally as important, though, were the goals set for the exterior design. The new construction needed to have a role in promoting the variety of programs housed within. The building must convey the message that dance is for everyone. As PBT Executive Director, Harris Ferris, said, “Dance is universal – whether it’s for fitness, fun, self-expression or your life’s work. We want this facility to serve the community as a resource for dance-based training, fitness, and learning.” (pbt.org) The design literally puts dance on display. During the day, dancers have the rich fabric of the Strip District as their backdrop. The 16-foot-high walls of north-facing windows harvests an abundance of daylight. At night, the movement silhouetted from within seeks to inspire and invite passersby to come inside. While the building sits back on the site allowing for the much needed parking and drop off space, the elevated dancing exudes a magnetism. “It’s really inspiring being up there (in the second-floor studio) because you have such a beautiful view so you feel like you’re dancing to the world,” says Erinn Crittenden, 18, a second-year student in the ballet school’s graduate program. Form and articulation of the exterior adopt a figurative interpretation of dance. It’s about motion and balance. The solid base at street level allows the transparent second floor to soar. Shifting planes move past one another. The focus of color at the entrance – with the use of the wood siding – directs attention to the unified entry. Inside, the two-story atrium hosts the hustle and bustle of professional dancers, students, and community members mingling on route to the new studios and fitness center. A second floor gallery floats above. The open stair with its glass railing and tectonic detailing, continue the transparency of the exterior. “It’s fantastic. Just walking in that front door opening into that gorgeous entryway, you get the sense – wow, I’m in a pretty cool place,” says Jonathan Breight, 20, a second-year graduate student.